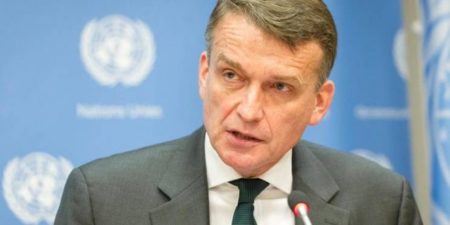 The UN Secretary-General’s office has announced that the Office of Internal Oversight Services (OIOS) has completed a part of the ongoing inquiry into UNRWA management-related matters.

Over the last few months, the UNRWA has initiated an internal review of its governance, management and accountability functions, so as to ensure it practices the highest standards of professionalism, transparency, and efficiency.

The review revealed a number of areas which required strengthening, and the agency has already commenced corrective action and will be pursuing further initiatives and improvements over the coming months. The UNRWA says it is grateful for the critical support of UN Member States and other partners around the world, and is committed to ensuring that donor funds are utilized in the most efficient and effective manner, in support of the Agency’s critical mission.

The Secretary-General calls upon donors and partners to commit to the transfer critical funding payments to enable the UNRWA to bridge its significant financial deficit and ensure that it is able to carry out its unique and vital role in in serving over 5.5 million Palestine refugees, PNN reports.