Hamas: Military Force Will Be Used if Blockade Continues 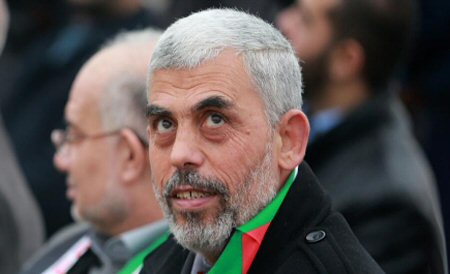 Hamas’ chief in the Gaza Strip vowed, on Wednesday, to use military force against Israel if the blockade on the region continues.

Speaking to Qatar-based Al-Jazeera TV on Wednesday evening, Yahya al-Senwar stressed that the March of Return rallies, which have been taking place since March 30, on the borders with Israel, has put the Palestinian cause on the world’s agenda, once again.

“We have recently sent clear messages [to Israel] that we will not hesitate to use military force if the blockade of Gaza continues,” he stressed, according to Al Ray Palestinian Media Agency.

Hamas and the Palestinian resistance factions in the Gaza Strip are trying to keep the marches peaceful, and if circumstances require a military option, that would happen later, he pledged.

“The strategic circumstances surrounding the Palestinian issue are very complicated, especially with the U.S. administration, which fully adopts the Zionist position, and deals with the resistance of our people as terrorism,” he added.

He stressed that the March of Return “has also achieved many goals, most notably putting the case of the [Gaza] embargo for discussion in international bodies and countries.”