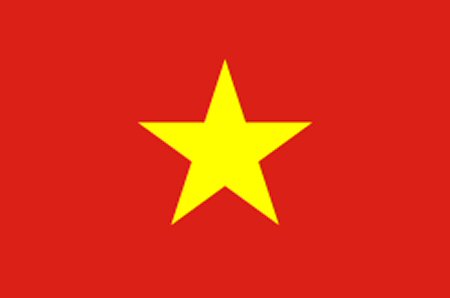 Vietnam, on Thursday, renewed its firm position in supporting the legitimate rights of the Palestinian people, including the establishment of an independent state, with East Jerusalem as its capital.

During the ministry’s weekly press conference, which focused on the transfer of the US Embassy to Jerusalem and the violence in the Gaza Strip, head of the Press and Information Department of Vietnam’s Foreign Ministry, Le Thi Thu Hang noted that Vietnam’s position was that all solutions concerning the city of Jerusalem should comply with international law, in particular with United Nations resolutions, with the consent of the relevant parties.

“The firm position of Vietnam was to support the just struggle of the Palestinian people and to support the two-state solution, including the establishment of a Palestinian State living side by side with the State of Israel along the borders of 1967 and East Jerusalem as the capital of Palestine.”

She expressed concern at the escalation of violence in Gaza in recent days, which has resulted in the death and injury of many Palestinians.

She affirmed that Vietnam is closely following the repercussions of the situation in the region and opposes the use of force.

Vietnam called for an end to escalation, a peaceful resolution of disputes and the search for a comprehensive, just and lasting solution that guarantees the protection of lives and interests, as well as maintaining peace and stability in the region.

Vietnam was among the countries that Israel claimed had confirmed their attendance of the opening ceremony of the US embassy in Jerusalem.

After the Israeli Foreign Ministry published initial attendance list, several countries – including Serbia, Vietnam, Peru, El Salvador and the Ivory Coast – denied they had confirmed their attendance and said they weren’t planning to attend.