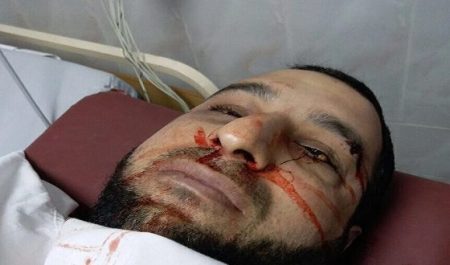 According Hamas Interior Ministry in Gaza spokesman, Iyad al-Bezem, policemen found the body of Fuqaha with four bullets in his head. An inquiry has been opened into the incident, he said.

A statement by the Interior Ministry in Gaza said that Fuqaha was gunned down in the southern Gaza City neighborhood of Tel al-Hawa. The gunmen’s weapons were equipped with silencers, the statement said.

Mazen Fuqaha, from Tubas city in the West Bank, was a member of al-Qassam Brigades, the armed wing of Hamas.

He is an ex-detainee who was released in the swap deal of 2011, between Hamas and Israel, on condition he would be deported to Gaza.

According to the PNN, Israeli occupation forces arrested Fuqaha over his responsibility for the Safad attack which led to the death of nine Israelis, and it was carried out in revenge for the Israeli assassination of Hamas leader in Gaza, Sheikh Salah Shehadeh.

Fuqha was sentenced to life in prison and an additional 50 years for planning a suicide bombing at Meron Crossing, in 2002, where nine Israelis were killed. But, in 2011, he was released from prison as part of a prisoner exchange deal to free Israeli soldier Gilad Shalit.