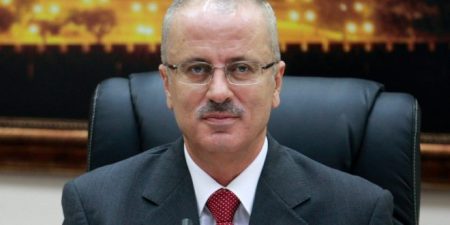 PA Prime Minister Rami Hamdallah has, today, urged both the Apple and Google computer companies to include all Palestinian communities in the occupied West Bank in their online maps.

“It is baffling that, while Palestinians in Area C can´t even find their own community on either maps, Israeli settlers can get driving directions to cross the West Bank in its entirety to get from one illegal settlement to another,” he said, according to the PNN.

A number of publications and independent sources have published detailed maps that include each and all of the Palestinian communities across the West Bank, including remote and isolated villages. Google Maps and Apple Maps show Palestinian towns in “Area A” and “Area B” of the West Bank, as well as Israeli settlements, which are illegal under international law and according to  UNSC Resolution 2334. Yet, the majority of Palestinian communities in “Area C”, some of which count several thousand inhabitants, are not featured in the maps of either companies.

“Area C is an integral and vital part of the State of Palestine. It is our sincere hope that this omission will be resolved in the near future and that all Palestinian residents will see their communities listed on Google and Apple maps,” added Hamdallah.

“Area C”, as defined by the 1995 Oslo Agreements, covers some 64% of the West Bank. According to the Palestinian Central Bureau of Statistics, nearly 350,000 Palestinians reside in 532 communities in “Area C”,across the West Bank.