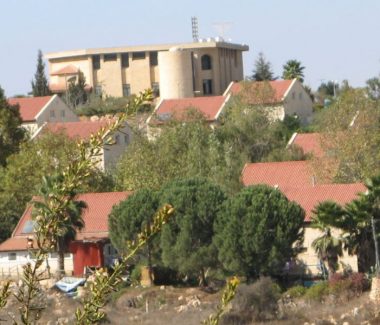 Israeli daily Haaretz said the decision was part of an agreement reached between the government and the colonialist settlers, in an effort to secure a peaceful removal of the nine units, slated for demolition by a ruling issued by the Israeli High Court of Justice.

Haaretz quoted an unnamed official stating that a meeting was held, Wednesday, between Yoav Horowitz, the chief of staff of Netanyahu’s bureau, and several representatives of Ofra illegal colony, and discussed the ruling regarding the nine units, which are scheduled to be demolished on February 7th.

During the meeting, Horowitz told the settlers about a possible agreement for the status of the illegal colony, and said that Netanyahu intends to advance the approval of construction plans for dozens of new units on what he called “state lands,” in the occupied West Bank.

The colonists said they were not told about any deal between Netanyahu’s office and their presentative, yet, presented more demands, including the full legalization of their colony.

Talking to Haaretz, Sami Karsenty, a secretary of Ofra colony, refused to comment on the meeting, but said that the settlers want what he called “an inclusive agreement,” indicating the demand for full legitimization of their illegal colony.

The Israeli policies, and the ongoing attempts to appease the colonists whenever an illegal structure is removed, in addition to all settlement construction and expansion activities in the occupied West Bank, including in and around occupied East Jerusalem, are illegal under International Law, and the Fourth Geneva Convention, to which Israel is a signatory and a constant violator.