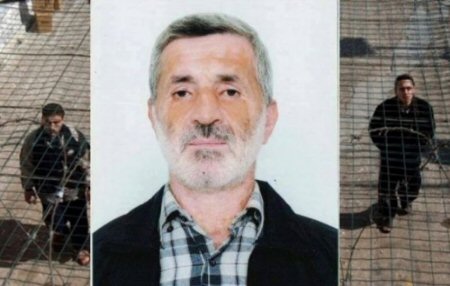 The Palestinian Prisoners Society (PPS) said, on Sunday, that health condition of a Palestinian hunger-striker being held inside Israeli jails severely deteriorated.

In a statement, the PPS said that the Palestinian detainee Rezeq al-Rajoub, 52, who has been on hunger strike for eight consecutive days, is now suffering from stomach ulcer, sever pains in the intestines and sight weakness.

Al-Rajoub served several terms of administrative detention inside the Israeli jails before beginning a hunger-strike which lasted for 25 days and stopped on 4 February, on the condition that Israel release him if not indicted.

However, Israeli occupation authorities did not fulfill their obligations and renewed his administrative detention for another  six-month term.

During the previous strike, Al-Rajoub was near to death, due to the severe deterioration of his health conditions.

It has been a short time between the previous strike and the current strike; therefore, his conditions have deteriorated dramatically, according to Days of Palestine.

Al-Rajoub said that he was obliged to take on a new hunger strike after the Israeli occupation had reneged on its commitment regarding his case.

There are more than 6,500 Palestinians inside Israeli occupation prisons, including at least 400 under administrative detention, without charge or trial.