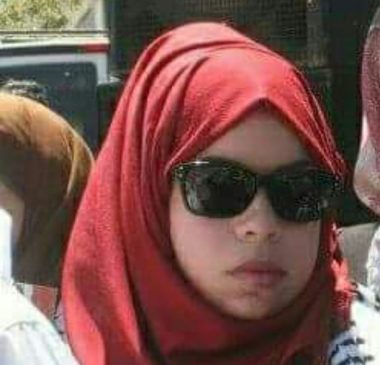 The young Palestinian woman, identified as Fida’ Mohammad Ekhlayyel, 21, is from Beit Ummar town, north of Hebron, in the southern part of the occupied West Bank.

Fida’ was supposed to be released today, and her family traveled to Tulkarem, in northern West Bank, to welcome her at an Israeli military roadblock, but were informed by an army officer that their daughter will not be released because she received an order, holding her under Administrative Detention.

The family is yet to be informed about how long their daughter will be held under Administrative Detention, especially since her defense attorney has not been informed about that the Israeli Authorities.

The Palestinian Prisoners’ Society (PPS) said Fida’ was taken prisoner on May 29th, 2018, and was charged with “incitement against Israel on social media outlets,” before she was sentenced to 95 days in prison.

The young woman is also a former political prisoner who spent a year in Israeli prisons.

It is worth mentioning that Israel has issued more than 4.000 administrative detention orders during the last three years, 456 of which were issued since the beginning of 2018.