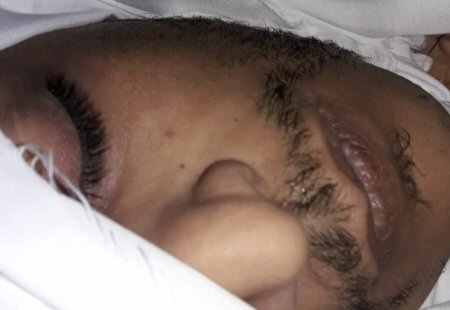 The Human Rights Institutions Association has sent a letter to Amnesty International, Human rights Watch, the Committee against Torture, the UN Special Rapporteur on Torture and other Cruel, Inhuman or Degrading Treatment or Punishment, regarding the torture practices in the prisons of the Palestinian Authority security services in Ramallah.¬†

The letter was regarding the murder of 32-year-old Mahmud Rashad al-Hamlawi, from the Gaza Strip — and who has been living in Ramallah for years, in the prisons of the Preventive Security — on March 27, after he had been detained for 14 days, during which he was subjected to many types of torture and inhuman practices.

The association clarified that the security services in the West bank, especially the Preventive Security and the General Intelligence, are conducting arbitrary arrests against Palestinian citizens, without legal justification or presenting them to competent judicial authorities.

The association added that ‚ÄúThese practices are not the first of its kind. Suha Jabara, 30, has announced that she was subjected to torture by members of the Preventive Security Service.‚ÄĚ

The association considered this crime as shocking and dangerous indicator on the human rights situation in the prisons of the security services in Ramallah, especially after Palestine accession to the Convention against Torture and Other Cruel, Inhuman or Degrading Treatment or Punishment.

The association mentioned, according to Days of Palestine, that it has received dozens of complaints regarding torture and arbitrary detention on the background of freedom of expression, stressing the lack of real and serious accountability for the perpetrators of torture crimes and members of the security services who violate the rules and regulations of detention approved by the Palestinian legislation.