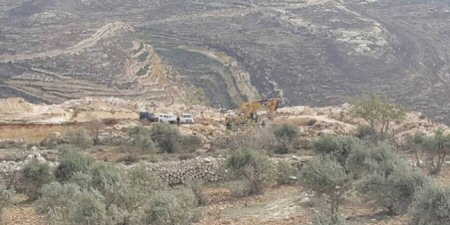 Israeli authorities, Monday, notified Palestinians in Khilet Makhoul, a locale in the northern Jordan Valley, of their intentions to seize around 356 dunams of land, according to local activist Aref Daraghmeh, WAFA news agency reported.

The head of the village council, Aisha Samhan said that Israeli authorities distributed a notification of their intention to seize two dunams from Khallet al-Shamiya, 141 dunams of Khallat al-Asfoura and 12 dunams of al-Musawadiya area, in order to create a bypass road to the settlement of Beit Aryeh.

Residents in the targeted areas were called upon to prepare identity papers for submission, while competent authorities were notified and implored to stop the implementation of the decision.