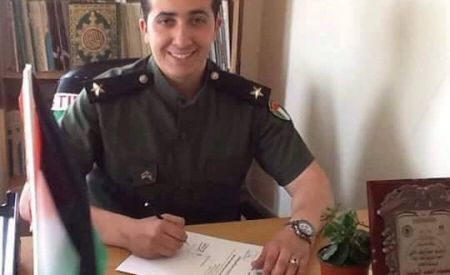 Tareq Barghouthi, a lawyer for the Palestinian Committee of Prisoners’ Affairs, said in a statement issued Thursday that the hunger striker Mohammad Balboul’s health had seriously worsened, adding that he was transferred to the intensive care unit at the Wolfson Medical Center in Tel Aviv.

Balboul’s health situation has sharply deteriorated as he began suffering from severe fatigue, the lawyer said in a press conference.

Israeli doctors warned that damage has been detected to his liver and kidneys as a result of his strike. Brothers Mahmoud and Mohammad Balboul began their hunger strike on July 4th and 7th, respectively, according to the PNN, in protest against their administrative detention.

The brothers were detained on June 9th, and sentenced to administrative detention shortly before their younger sister, Nuran, aged 16, was released after spending four months in Israeli custody.