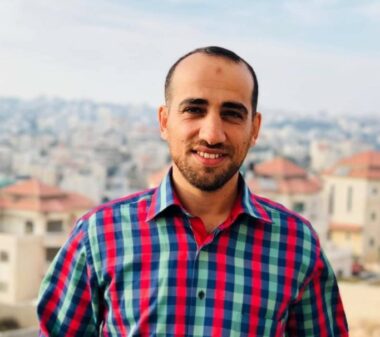 The Palestinian Detainees’ Committee has reported, Monday, that a hunger-striking detainee in Israeli prisons is facing serious health complications, but is ongoing with the strike for the 23rd day.

The committee stated that the detainee, Ala’ Al-A’raj, 34, from Anabta town, east of the northern West Bank city of Tulkarem, lost about 30 kilograms of his body weight, and is suffering from constant pain, fatigue, and general weakness.

It added that the detainee is unable to stand or walk, but is refusing any sort of medications or vitamins.

The Committee said that Ala’ is currently held at the al-Jalama Israeli prison and that his condition requires hospitalization.

It is worth mentioning that Ala’, who was abducted on June 30th, 2021, was moved to al-Jalama ten days ago, and is held at a small dirty cell, and was slapped with an Administrative Detention order without charges.

In the year 2019, the detainee was abducted by the soldiers and spent about two years under similar arbitrary Administrative Detention orders, before he was released.

Detainees held under the Administrative Detention orders are imprisoned without charges or trial as Israel claims to have “secret files” against them, files that can never be released, and neither the detainees nor their lawyers have access to.

Such orders are frequently renewed for three, six, or eight months, and in some cases a year each time.