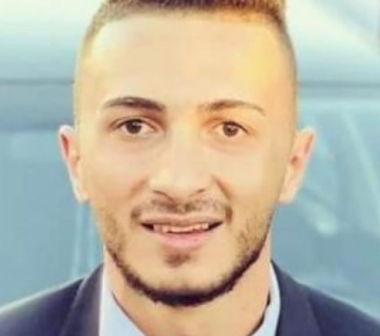 The Palestinian Detainees Committee has reported that a hunger-striking detainee, identified as al-Ghadanfar Abu Atwan, 28, is facing a serious health deterioration after 48 days of the ongoing strike.

The Committee stated that the Israeli Prison Service has been denying requests from one of its lawyers to visit with the detainee, including when he filed an appeal to see him more than a week ago.

It added that several Israeli soldiers assaulted the detainee a few times over the last few days despite his serious condition.

Al-Ghadanfar is facing various complications and suffers from constant fatigue, dizziness, migraine, joint pain, and lost several kilograms of weight, in addition to other health issues.

The detainee started the hunger strike 48 days ago and was moved to hospitals a few times since his strike, in addition to being forced into solitary confinement and his repeated transfers to various prisons as a means to force him to end his strike.

Abu Atwan was abducted in October of 2020 and was slapped with Administrative Detention orders without charges or trial.

The detainee is also a former political prisoner who was abducted several times in the year 2013 and held a hunger strike in the year 2019 protesting being held under the Administrative Detention orders.

His family called on various legal and human rights groups to intervene and to ensure Israel allows his lawyer and independent medical professionals to visit with him and ensure that he receives the specialized medical attention he urgently needs.

It is worth mentioning that Abu Atwan, from Doura town, south of the southern West Bank city of Hebron, was abducted in October of 2020, and was slapped with several arbitrary Administrative Detention orders, holding him captive without charges or trial.