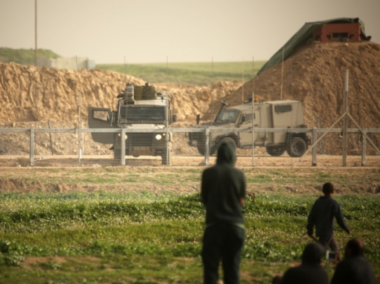 They added that the army bulldozed and uprooted the lands, especially the sections close to the perimeter fence, while military drones flew overhead.