“I Did Not Find Our House, There Was Only a Huge Hole.” Sawarkah Children Speak About a Massacre They Survived 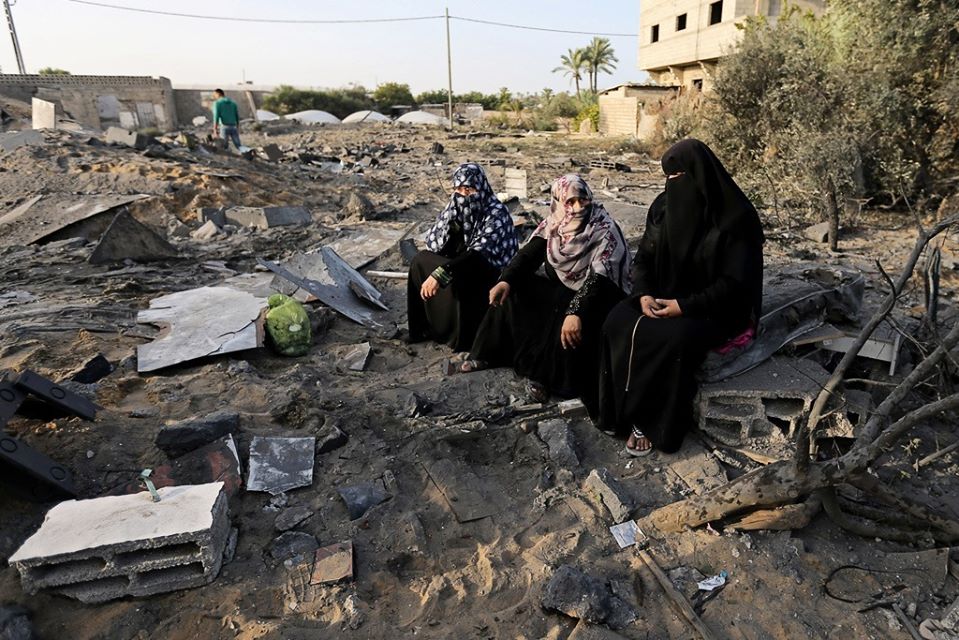 Surviving children of the Abu Malhous “Sawarkah” family, who survived the massacre in which an Israeli air-strike killed 8, including five children and two women, spoke about what happened to them this past Thursday.

That night, Noor Sawarkah, 12, could not sleep for fear, listening to the Israeli drones hover over the area, Quds News Network reported.

“I couldn’t sleep that night, I was scared of the sounds of the Israeli drones”, said Noor, who now lives with her grandmother.

Noor spotted a red light and heard a massive explosion, “I rushed out of the house and couldn’t wake my family up. I stood near the house, shaking and crying”, Noor said.

When the explosions stopped Noor turned around to return to her house, “I did not find the house but there was only a huge hole while everything was thrown here and there and my family was buried in the sand.” she declared.

The injuries among members of Noor’s family are, her siblings; Nermin, 10 has broken legs, Reem, 8, has a broken nose, and Salem, 3, has a fractured pelvis. Her father Muhammad, 40, is still in the Intensive Care Unit.

Noor prefers now, to spend her days at the hospital, comforting her siblings, who ask for their mother, but they are unaware that she was killed in the bombing.

Several Palestinian families spend their time with the survivors to alleviate their grief.

Diaa Sawarkah, 13, is another survivor, who is still in shock of what he witnessed. He suffered shrapnel wounds to his face, while escaping to his grandmothers home.

“I was in the house when everything turned red, I heard an explosion in my uncle’s house, so I rushed to my grandmother’s house close by.” the boy, whose relatives call a daring and strong hearted child.

The bereaved grandmother Silmiyyah Sawarkah, 70, spoke out about the new concerns that she will have to face.

“The children will live with me, my sons, both martyred and the wounded one, suffered from financial difficulties, they lived in plastic houses, and could not send all their children to school.”

“I don’t know how to provide food and the basic needs for them. This is too much for me!” she said.

She added that when the massacre happened, Diaa came yelling “we want an ambulance.. my family and my uncle got killed”.

“I’m very old, I couldn’t do anything, so I called the neighbors and asked them to call an ambulance. Shortly afterwards, they told me that eight of my sons and their families were killed.. It was a shock!” she explained.

Awatef Sawarkah, 35, stated “What happened with the families of my brothers Rasmi and Muhammad, is unbelievable and beyond description or logic. How could they use bombs that weigh tons to bombard a shanty house, which would burn in a few minutes.”

“They dropped bombs on the heads of women and children. I don’t know, where are the conscientious people around the world? Why did they bombard our houses?” she continued.

The Israeli army claimed responsibility for the massacre, claiming it was a mistake, they believed the house to be empty.