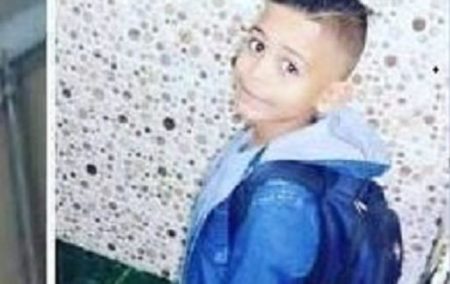 The United Nations Relief and Works Agency for Palestine Refugees in the Near East (UNRWA) hopes that the ceasefire that was reached the night of 13 November will put an end to two days of escalation between Israel and Palestinian armed groups in the Gaza Strip. The Israeli military operations reportedly saw 34 Palestinians killed, including 8 children, and dozens more injured in Israeli air strikes.

“We are truly saddened by the killing of one of our young students. Ameer Rafat Ayad was in second grade at the UNRWA Zaitoon Elementary School,” said Matthias Schmale, Director of UNRWA Operations in Gaza. “It is completely unacceptable for civilians, especially children, to lose their lives in this terrible way; children who should be studying, enjoying their childhood and preparing for their future.”

He added, according to the PNN, that it is not just innocent civilians being killed or seriously injured that cause suffering: “We have to recognize and address the psychological effects, the fear and the lasting trauma such escalations leave on the population,” said Schmale. All of the UNRWA’s 22 health centers continued to operate throughout the hostilities, while the Agency closed its 276 schools across Gaza for three days in an attempt to minimize risks on its students and staff. The UNRWA Shijaya Co-ed Elem A and B School sustained minor damage on 12 November due to its location near a home targeted in the attack by Israel.

“We remain in a heightened state of readiness and hope the ceasefire will last. We also hope to return all our services to full operation shortly. The majority of the population in the Gaza Strip, 1.4 million out of 1.9 million people, are registered Palestine refugees who depend heavily on UNRWA for health, education, relief and protection services,” said Schmale.