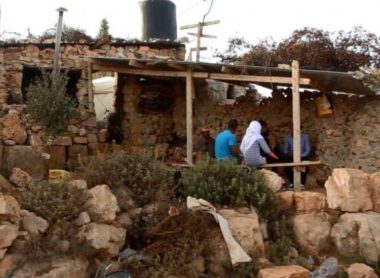 A group of illegal Israeli colonialist settlers invaded, Monday, the village of Shoshahla in the al-Khader town, south of the West Bank city of Bethlehem, and photographed many homes, in addition to the local mosque.

Ahmad Salah, the media coordinator of the Popular Committee against the Annexation Wall and Colonies in al-Khader, said that invasion was carried out by a group of illegal colonists, accompanied by the head of Neve Daniel colony, which was built on private Palestinian lands.

Salah added that the settlers told the residents that they intend to pave a new bypass road, which links with the main Hebron-Jerusalem road, and extends to the mountaintop where Shoshahla is located.

He added that the villagers in Shoshahla have been subject to repeated invasions and violations by the illegal colonialist settlers, who constantly try to confiscate its lands for the expansion of the colony.