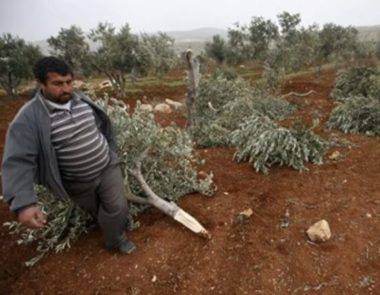 Abu Mariya added that the colonists have previously repeatedly invaded and cut trees in the orchard, and several surrounding orchards owned by Palestinians from Thalji and Sleibi local families.

Despite the constant violations, the villagers continuously replant their trees and lands, and remain steadfast to prevent the illegal colonists from occupying them.