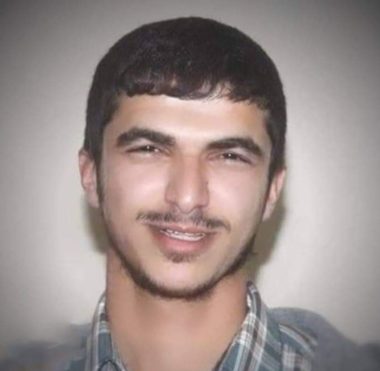 Israeli soldiers killed, on Tuesday evening, a Palestinian fighter, and injured four others, including one who suffered life-threatening wounds, after the army fired missiles into an area east of al-Boreij, in central Gaza.

Dr. Ashraf al-Qedra, the spokesperson of the Health Ministry in the Gaza Strip, said the slain Palestinian has been identified as Mahmoud al-‘Abed Nabahin, 24.

The Palestinian was killed in an observation post run by the Al-Qassam Brigades, the armed wing of Hamas.

Media sources in Gaza said the army fired at least one missile into the observation post, in addition to many smoke bombs targeting young men near the Great Return Camp, in central Gaza.

Besides killing the Palestinian, the army injured four others, including one who suffered very serious wounds, before they were all rushed to the Shifa Medical Center in Gaza.

Israeli daily Haaretz has quoted the army stating that it bombed several “Hamas training sites in the Gaza Strip, in retaliation to shooting incidents targeting the soldiers.”

It also said that, earlier Tuesday, the army fired missiles into a post, run by Al-Qassam, “in retaliation to Palestinian fire.”

The army hold Hamas responsible for any fire from the Gaza Strip, although the movement has been trying to maintain calm in the area, but other armed groups, including al-Quds Brigades of the Islamic Jihad, disagree with Hamas, and its agreement with Qatar, which was indirectly approved by Israel allowing $15 Million cash flow from Qatar.