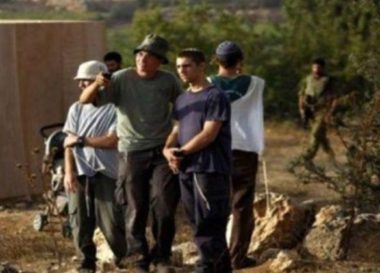 He added that the colonists assaulted one shepherd, identified as RabeaŌĆÖ Mahmoud Awwad, causing cuts and bruises.

Israeli soldiers also invaded the area during the attack, and abducted a Palestinian shepherd, identified as Bassem Mahmoud Awwad.

The soldiers did apprehend any of the illegal Israeli colonists who attacked the Palestinian shepherds.