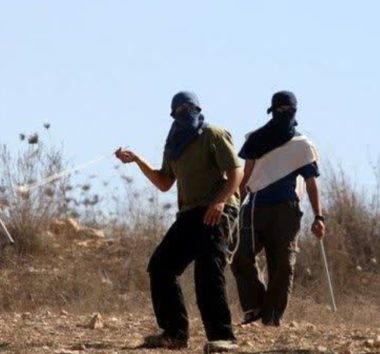 Groups of fanatic illegal Israeli colonialist settlers attacked, on Sunday at night, many Palestinian homes in at least two areas in Hebron, in the southern part of the occupied West Bank.

Rateb Jabour, the coordinator of the National and Popular Committee in southern West Bank, said dozens of colonists of the illegal Ma’on outpost, which was installed on private Palestinian lands, east of Yatta town, south of Hebron, hurled stones at many homes, and shouted insults at the families.

He added that dozens of colonists also gathered near Keryat Arba’ illegal colony, east of Hebron, and hurled stones at many cars, driving on Road #60, in addition to obstructing Palestinian traffic while trying to assault the residents.