Including One Woman, Israeli Soldiers Abduct Fifteen Palestinians In The West Bank 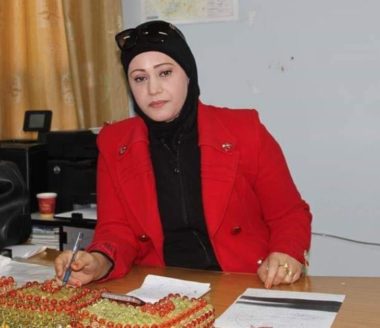 The Hebron office of the PPS, in southern West Bank, said the soldiers stormed and ransacked many homes, and abducted Mousa al-‘Amour and Hasan al-Hreini, from Yatta town, south of the city.

The soldiers also installed several roadblocks on roads leading to the northern and southern parts of Hebron city, before stopping and searching dozens of cars, and interrogated many Palestinians while inspecting their ID cards.

In addition, the soldiers abducted a woman, identified as Kifah Ammouri, in front of Majeddo prison, while trying to visit her detained son, Wisam Hannoun.

The woman, from Jenin refugee camp, was taken prisoner when the families of the detainees protested after the army refused to allow them to give their detained family members winter clothing. She was released several hours later.

In Nablus, also in northern West Bank, the soldiers abducted Mustafa Abu ar-Rob and Ala Sawalma.

In Ramallah, in central West Bank, the soldiers abducted a former political prisoner, identified as Tamer Abda, from his home in Kafr Ni’ma village, and Saleh Ata, from Deir Abu Mashal.

Furthermore, the soldiers invaded many homes in the al-‘Ezariya town, near occupied East Jerusalem, and abducted Amjad Na’im Khatib, along with his son Na’im.

Three other Palestinians, identified as Mohammad Younis, Fayeq Habash, and Mohammad Habash, were abducted from their homes in the al-‘Isawiya town, in Jerusalem, and Ibrahim Kanaan, from ar-Ram town.

It is worth mentioning that, on Sunday evening, the soldiers abducted Awni Abu Shamsiyya, 20, and Bassam Abu Aisha, from their homes in Hebron city.