Two Hunger Striking Jordanian Detainees To Be Sent To Amman 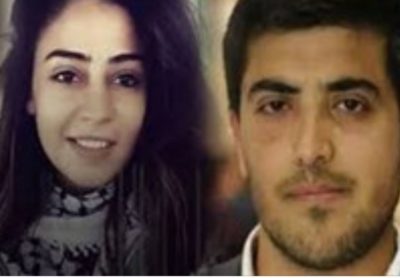 Jordanian Foreign Minister Ayman Safadi has reported, Monday, that the two hunger-striking detainees Hiba al-Labadi and Abdul-Rahman Mer’ey, will be released by Israel and sent back to Amman before the end of this week.

On his Twitter account, Safadi stated that the Jordanian government, as instructed by King Abdullah, has been working on the release of the two detainees since the first day of their detention, by not only contacting the Israeli government but also various international parties.

He added that King Abdullah informed the government that it must do all it can to secure their release and their safe return to Jordan.

Safadi also said that Israel has vowed to release them, and send them back to Jordan, before the end of this week, and that the Kingdom has started the needed arrangement to bring them home.