Jordan Demands Israel To Release Two Of Its Citizens 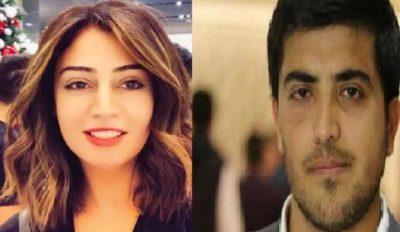 The Jordanian Government has officially demanded Israel to release two of its citizens, who are imprisoned by Tel Aviv, including the young woman, holding a hunger strike.

The Jordanian Ministry of Foreign Affairs has reported that its ambassador in Tel Aviv officially demanded the Israeli side to immediately release Hiba al-Lubbadi and Abdul-Rahman Mer’ey.

It also demanded Israel to facilitate their immediate transfer to Jordan and added that it tasked its embassy in Tel Aviv to visit with the two detainees regularly until their freedom is secured.

Sufian al-Quda, the Spokesperson of the Jordanian Ministry of Foreign Affairs and Expatriates, told Petra News Agency that the Hashemite Kingdom rejects holding the two detainees under the arbitrary Administrative Detention orders, without charges or trial, and is demanding their immediate release.

Al-Quda added that Hiba al-Lubbadi is still ongoing with the hunger strike, an issue that makes securing her immediate release more urgent.

It is worth mentioning that Hiba was slapped with a five-month Administrative Detention order and is currently facing health complications but determined to continue her strike.

Hiba al-Lubbadi, 24, who started the hunger strike on September 24th, is currently imprisoned at the al-Jalama Israeli detention facility.

She was taken prisoner on the border terminal between Jordan and the occupied West Bank, while heading to Jenin to visit with her family, and was subjected to harsh interrogation for 25 consecutive days, before she was slapped with an Administrative Detention order.

Abdul-Rahman Mer’ey was abducted on September 2nd, while heading to the West Bank to attend the wedding of one of his relatives. He suffers from various health issues and undergone several surgeries in the last few years.