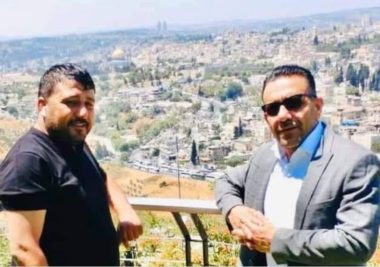 Israeli soldiers abducted, on Monday at dawn, Jerusalem Governor Adnan Gheith, and Fateh Secretary in the city, Shadi Mitwer, from their homes in occupied East Jerusalem.

Media sources said the soldiers stormed and ransacked the home of Shadi Mitwer, and assaulted him in front of his family, before abducting him.

They added that the soldiers also abducted Jerusalem governor, Adnan Gheith, from his home, in Silwan town, after violently searching it.

Lawyer Mohammad Mahmoud, of the Palestinian Detainees’ Committee, said an Israelli court has refused to release teh two officials, and added that they will be sent to court, likely today.

He added that the Israeli Proscution is demanding holding them captive “for exercising sovereignty in Jerusalem.”

It is worth mentioning that both political officials have been repeatedly abducted and imprisoned by the army, as part of Israel’s ongoing violations against Palestinian officials, activists, and institutions in occupied Jerusalem.