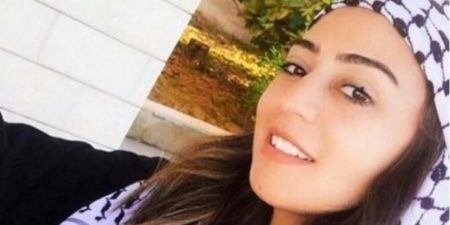 Israeli authorities have transferred a Jordanian woman who is being held at a detention center in the occupied territories, to a hospital, following a deterioration in her health condition more than a month after she went on hunger strike, in protest against her administrative detention.

Sufyan al-Qudah, a spokesman for Jordan’s Ministry of Foreign Affairs and Expatriates, said, in a statement published on his Twitter page, that Hiba Abdel-Baqi Labadi had been taken to hospital on Thursday, and provided with the necessary treatment before being returned to prison on the same day.

Ahmad al-Labadi, the Jordanian woman’s father, said, in statements to the Palestinian Arabic-language Quds Press news agency, that his daughter is currently suffering from fatigue, dizziness and heart-related complications.

On October 18, the Jordanian foreign minister rejected a ruling by an Israeli military court to extend the detention of Labadi as illegal and invalid.

Qudah said, at the time, that his ministry had informed the Israeli side of its complete rejection of the verdict, and called for the immediate release of the Jordanian woman.

On October 14, Qudah said that Jordan’s Ambassador to Tel Aviv, Walid Obeidat, had demanded the immediate release of Labadi and Abdurrahman Marei, and their repatriation, in his meetings and frequent contacts with Israeli officials, Jordan’s official news agency Petra reported.

The spokesman for the Jordanian foreign ministry added that Amman rejects the Israeli authorities’ decision to arrest the two. Amman, he added, follows up on their case on a daily basis, and has instructed its diplomats in Tel Aviv to visit them periodically.

Labadi holds a Palestinian identity card. She was arrested on August 20, when she crossed the King Hussein Bridge, also known as the Allenby Bridge, which crosses the Jordan River near the Palestinian city of Ariha and connects the West Bank with Jordan, with her mother and aunt, on their way to a relative’s wedding in the northern West Bank city of Jenin.

According to her attorney, Raslan Mahajna, she is suspected of meeting with people affiliated to the Lebanese resistance movement Hezbollah during trips to Beirut, both last year and early this year.

Mahajna added that Labadi often voices her views against the Israeli regime’s occupation of Palestinian territories, on social media networks.

“She was interrogated intensively for 35 days, and in the end, there was no basis for indicting her, so she was slapped with an administrative detention order,” he said.

“She’s been on hunger strike, because, in her view, this was an arbitrary, unjustified arrest.”

Labadi is reportedly being held at Kishon prison, also known as the al-Jalame detention center.