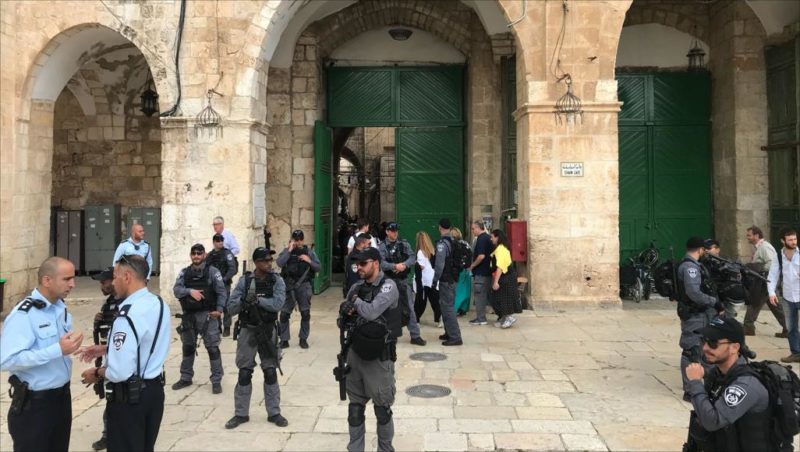 The Palestine Prisoners Centre for Studies has called on international humanitarian and human rights institutions, foremost of which is the Red Cross, to exert pressure on Israeli Prison Services (IPS) to provide winter clothing and covers desperately needed during the severe cold season.

The spokesperson for the Centre, Riyad Al-Ashqar, explained that Palestinian detainees in all facilities suffer harsh conditions in the winter season, due to acute shortage of clothes, winter blankets, and heating devices, especially in prisons located in the desert areas — namely the Negev, Nafha, Beersheba, and Rimon. This is in addition to the fact that some sections in a number of prisons are composed of tents that do not protect from the cold, many of which are old and worn out, allowing rain water to enter.

Al-Ashqar noted that IPS does not allow the entry of blankets and winter clothing for detainees, except in very limited quantities which are insufficient for cover. It also banned certain items from the canteen, and those which are available have a very high price. Additionally noted was the presence of a large number of recently jailed detainees who lack resources, due to their inability to visit in the first six months of detention.

He also explained that the extreme cold in the Negev leads to the freezing of limbs, with no means of heat, in addition to the lack of a permanent hot water supply. These cold climates will continue for several months, affecting many detainees with various diseases, especially of the bone, in addition to rheumatism, arthritis, back pain, and chest diseases, with a lack of medical care and medications needed for treatment.

He added, according to Al Ray, that IPS intends to increase the suffering of the detainees, in winter, through many repressive practices, foremost of which involves the storming of rooms and tents, justifying the practice of taking  them out to open places, late at night, where they sit in open areas for long hours, in freezing cold and rain. They are additionally forced to stand for the daily count in the very early morning or evening, in the cold or rain.

The Centre has called for urgent intervention, by human rights institutions, to provide all the necessary items to protect them from cold, rain, and diseases.