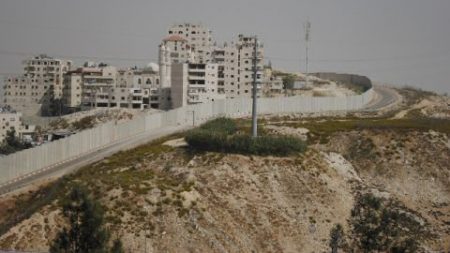 The Islamic Christian Committee to Defend Jerusalem and Holy Sites warned, on Thursday, against an Israeli project called the “New Face of Modern Jerusalem,” which targets the main western entrance of the city.

The committee said, in a press release, that the plan aims to give Jerusalem a Jewish character, obliterate its Arab Muslim and Christian identity, deface its history and create a new face that doesn’t relate to the original Arab Jerusalem.

Secretary General of the Committee Hanna Isaa said, according to WAFA correspondence, that the plan is proposed on around 720,000 meter square of land and would cost 1.4 billion shekels ($370 million USD).

Issa said that Jerusalem Mayor Nir Barakat’s statement that Jerusalem will become an advanced and more modern commercial center with many technological projects is a blatant declaration of Israel’s intent to give Jerusalem a Jewish character, something rejected by all international laws.

The committee further stated that Israel is working day and night to make Jerusalem Israel’s eternal capital controlled by a Jewish majority. Israel is escalating settlement construction and the apartheid  wall, as well as many other projects to serve the purpose of making Jerusalem a Jewish-only capital.

The committee renewed calls upon international and Arab institutions especially the United Nations, UNESCO and the Arab Leagues to interfere immediately, and pressure Israeli into putting an end to all violations committed in this regard.