On 5th April, 2017, Israeli forces told Abbas Qar’an and his family that their home in al-Bireh was going to be demolished. The homes of two other anti-occupation activists in the area received similar threats. ISM activists met with Abbas, the son of the homeowner, to hear his story.

The map presented by Israeli forces showing the Qar’an home (top left) running along the boundary of Area B, but within Area C

Israeli forces arrived at the family home, located west of the illegal Israeli settlement of Psagot, whilst Abbas was at work and presented the demolition notice to his wife. After his wife refused to take the order, the soldiers left it outside the house, weighed-down with a rock. The notice comes from the district coordination office in the illegal Israeli settlement of Beit El, charging the Qar’an family of building a house without the right permit.

On the local municipality map, Abbas’ home lies well within the boundaries of Area A – under full Palestinian control. However, Israeli authorities claim the boundary line runs straight through the family’s home, with a majority of the rooms lying within Area C – under full Israeli control. Whilst no specific date has been given for the demolition, the order states that he must go to the illegal Israeli settlement of Beit El within three days of the notice to challenge the demolition. The family home was built in 1960 – decades before the Oslo Accords that created the so-called “Areas” (A,B,C) – and the family insists that all of their paperwork is in order. It is also unclear if the demolition order is against a single house or the whole building, meaning that a form collective punishment is looming over all of the residents in the building. 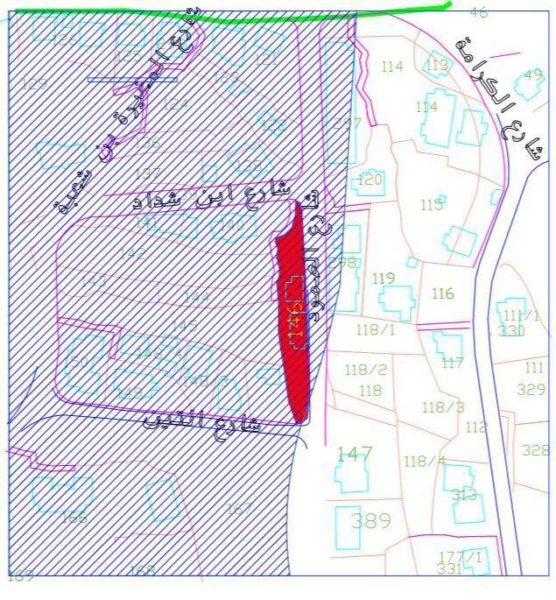 The local municipality map, showing the home (red) within the boundaries of Area A.

Abbas lives in Jabal al-Taweel with his wife and four children: fifteen year old Hamza; twelve year old Murad; five year old Jenna; and his eighteen month old daughter, Judy.  Abbas tells us that he and his family have been targeted by Israeli authorities due to his past involvement in activism against the occupation for which he spent seven years in Israeli military prison. Despite both he and his father being American citizens, Abbas was denied all travel beyond the occupied West Bank for twenty years.

Abbas and his family are not alone, as the homes of other activists have been targeted for demolition in the al-Bireh area: Abbas’ cousin, Rami Ishtawi, has also been threatened with demolition orders by Israeli authorities; while the home of Bajes Nahkleh – currently in an Israeli prison – in nearby al-Jalazone refugee camp (Area B – Palestinian civil control, Israeli security control) has also been threatened with the demolition of his home.

The Qar’an family does not know what they will do should the demolitions go ahead and the family home lost, but they claim that the Palestinian community has already offered them places to stay if Israeli forces carry out their threats. At the end of the interview, Abbas wished to thank all the internationals who travel to Palestine to hear the stories of families like his and to support all Palestinian people, who suffer daily under the occupation. The family are currently pursuing a legal case against the demolition.