ISM Report: Land Confiscations by the Israeli Army in Salfit and Qalqilia Area 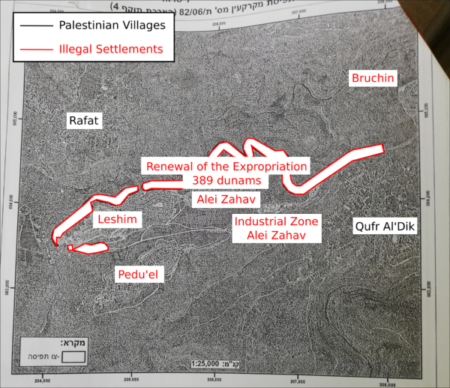 The Israeli Occupation Forces has recently announced a new sequence of land seizures in eleven villages in Salfit District and three in the Qalqila area of Occupied Palestine. The total amount of land being confiscated, for ‚Äúmilitary/security‚ÄĚ reasons, is the equivalent of nearly one million square metres.¬† 850,000 of this is for the compulsory renewal of notices of land confiscation that had already been issued, the rest is made up of new illegal acquisitions. 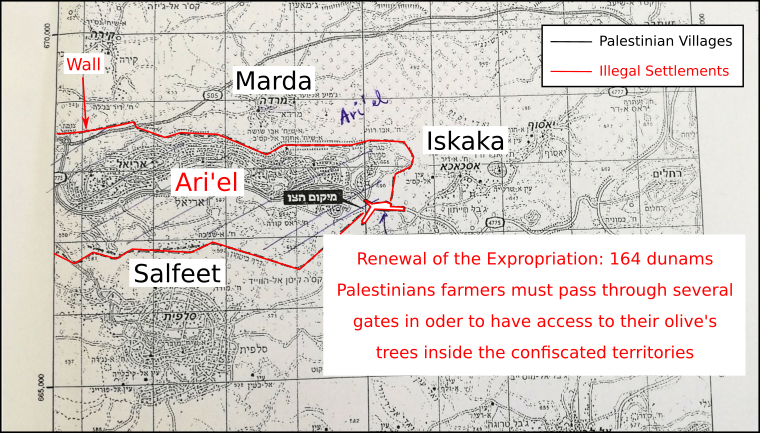 Plan for the renewed confiscation of lands around Ari‚Äôel illegal settlement.

Residents in the fourteen villages ‚Äď which include¬†Bruqeen,¬†Iskaka,¬†Deir Istiya¬†and Zawiya ‚Äď were given notice of the seizures within the last two weeks.¬† They were allowed just seven days to register appeals with the Israeli court.¬† Many were unable to do so within the tight deadline, which required producing¬†notarised¬†copies of land title deeds, and the additional expense of hiring a lawyer to represent them.¬† Based on bitter past experience the majority of residents, however, chose not to register appeals, as the Israeli courts have proven themselves to be completely unwilling previously to overturn any order raised by the military that¬†cite ‚Äėsecurity¬†concerns‚Äô. 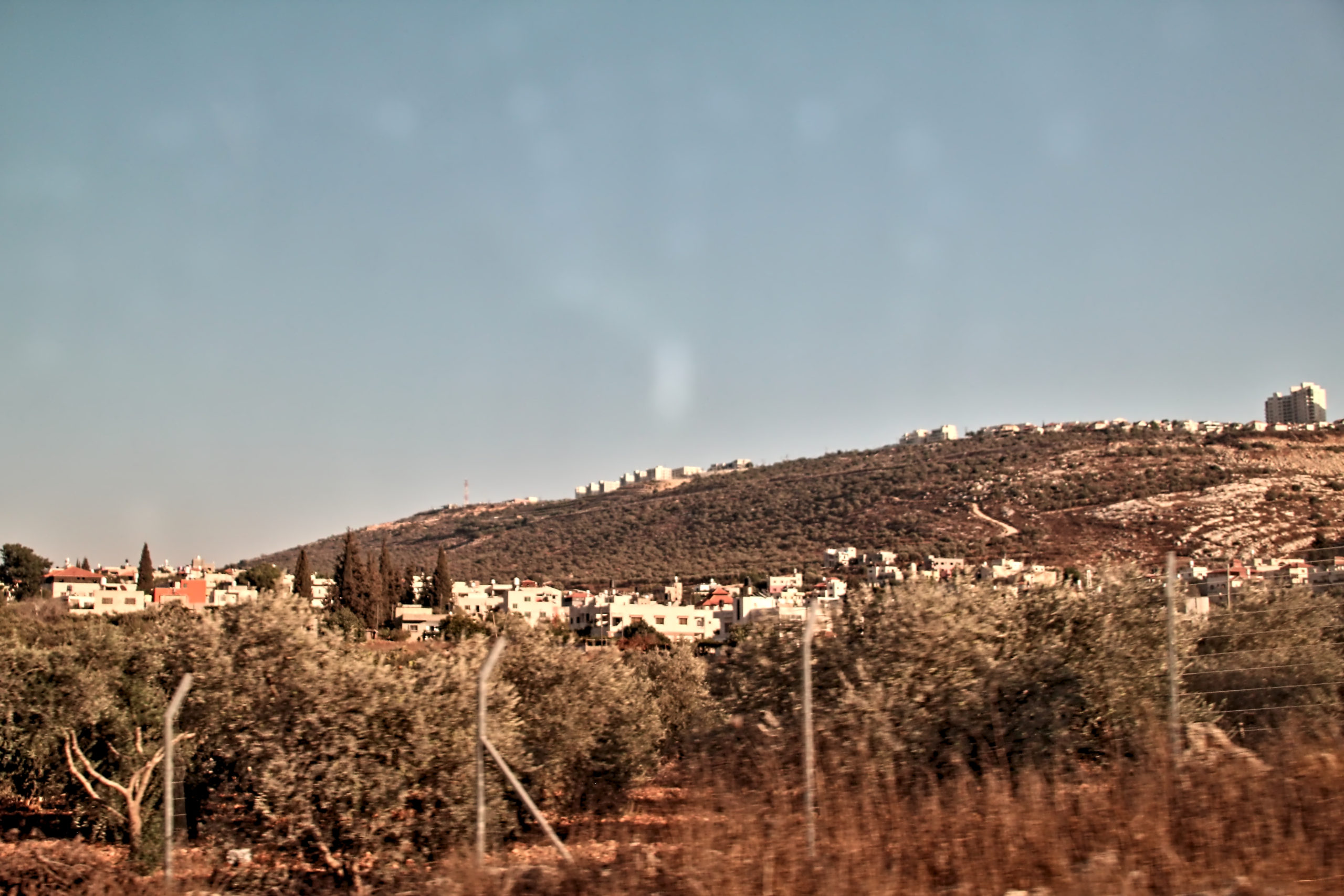 A view of Marda village, overwhelmed by the Ari‚Äôel illegal settlement.

Despite some appeals having been lodged with the court, the Israeli Army has nonetheless continued to occupy the confiscated land in question, and erected fences and other barriers on the disputed new land.¬† Residents can now only gain access to tend crops or pick olives if they apply to the Israeli Army for a permit to enter their own land.¬† This still means they have to pass through checkpoints and face humiliating delays, ID checks, bag searches and body searches.