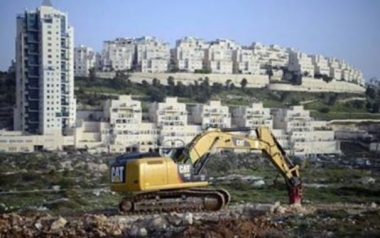 The Israeli “Housing Ministry,” and the Jerusalem City Council, have approved the construction 10.000 new units, on illegally-confiscated Palestinian lands, near Qalandia, north of occupied East Jerusalem, in the West Bank.

The constructions are planned for the expansion of Atarot area, built on Palestinian lands, northwest of Jerusalem.

Israeli TV, Channel 10, has reported, on Tuesday evening, that the new construction plans are close to Palestinian homes in the area.

Channel 10 added that the original plan was supposed to be approved several years ago, but was put on hold, due to rejections by the former US Administration, headed by President Barack Obama.