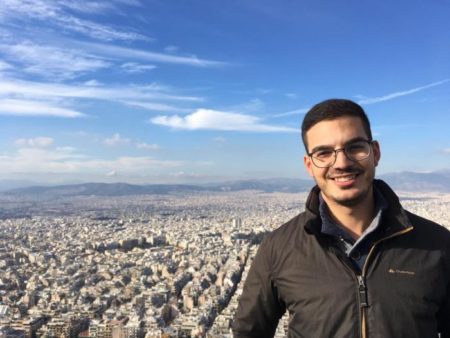 The Israeli authorities’ decision to prevent an Amnesty International staff member from travelling abroad for “security reasons”, apparently as a punitive measure against the organization’s human rights work, is another chilling indication of Israel’s growing intolerance of critical voices, Amnesty International said, Thursday.

“The Israeli authorities claim that they have security reasons for banning Laith Abu Zeyad from travelling is totally absurd. Their failure to provide any details to justify the ban reveals its true intent. This is a sinister move imposed as punishment for his work defending human rights of Palestinians,” said Kumi Naidoo, Secretary General of Amnesty International.

“As well as violating Laith’s rights to freedom of movement and association, this travel ban further illustrates the Israeli authorities’ chilling resolve to silence human rights organizations and activists who are critical of the government. It also highlights the cruel and inhuman nature of their policies.”

Laith Abu Zeyad, Amnesty International’s Campaigner on Israel and Occupied Palestinian Territories (OPT), was stopped at the Allenby/King Hussein crossing between Jordan and the Israeli-occupied West Bank on 26 October, while on his way to attend a relative’s funeral. He was kept waiting for four hours before being informed he has been banned from travelling by Israeli intelligence for undisclosed “security reasons.”

According to Al Ray, Laith Abu Zeyad was previously denied a humanitarian permit to enter Israel from the occupied West Bank, in September, to accompany his mother for chemotherapy treatment in Jerusalem.

As well as cruelly infringing on his family life, these arbitrary travel restrictions are interfering with his human rights work, as they will prevent him from entering East Jerusalem and Israel or travelling abroad for essential activities, including advocacy at the UN and other international organizations, as well as participation in conferences and other events.

Naidoo added that Israeli authorities must immediately lift arbitrary travel bans on Laith Abu Zeyad and all other Palestinian human rights defenders who are being punished for daring to speak out about Israel’s systematic discrimination and human rights violations against Palestinians.

According to international human rights standards, restrictions on the right to freedom of movement may only be imposed exceptionally, and must be necessary for a legitimate purpose, proportionate and based on clear legal grounds. The reasons must be made clear, and the restrictions should be open to legal challenge.

The refusal of the Israeli authorities to make public any evidence to substantiate the reasons for this travel ban means Laith Abu Zeyad has also been denied a meaningful opportunity to challenge the ban in court.