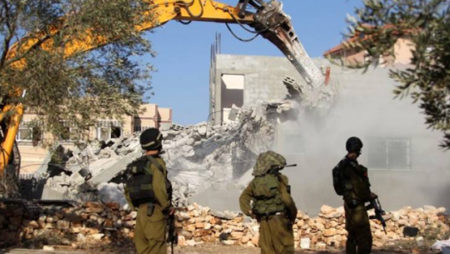 Israeli occupation forces, on Sunday, notified Palestinian owners of six homes in Masafer Yatta area, south of Hebron, of their intent to remove the structures.

These homes, which were constructed by international organizations, belonged to local residents from the families of Makhamera and Dababesa.

In a separate incident, Israeli authorities notified anew the Palestinian local authorities in Anata town, east of Jerusalem, of its intent to appropriate about 190 dunams of land, for military purposes.

The land belongs to Palestinian citizens from the towns of Anata, Hizma and al-Eesawiyya.