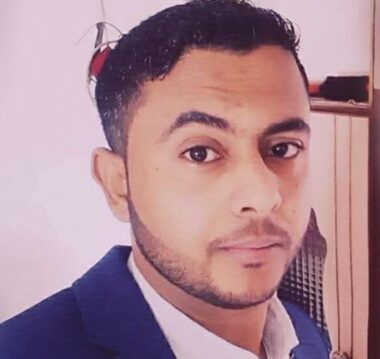 Update: The Israeli army fired missiles at homes, buildings, and farmlands in several parts of Gaza city, killing another Palestinian and wounding at least thirteen.

The slain Palestinian, Osama Abdul-Rahman Hussein as-Souri, 28, was killed in the az-Zanna area, east of Khan Younis, in the southern part of the Gaza Strip.

Also, the Israeli air force fired missiles into a three-story home owned by the Shamlakh family in Sheikh Ejleen southwest of Gaza city, leveling the property and causing damage to several surrounding homes.

Among the wounded Palestinians are women and children, the Health Ministry in Gaza has confirmed.

In Khan Younis, in the southern Gaza Strip, the soldiers fired missiles into an abandoned home, wounding a child walking nearby.

The army also fired missiles into two buildings run by armed resistance factions, south of Gaza city and in Rafah, in the southern part of the coastal region.

The Israeli offensive on Gaza, dubbed as ‘Breaking Down’, started when the army assassinated Tayseer al-Ja’bari, one of the senior leading to the Islamic Jihad movement, before the Al-Quds Brigades, the armed wing of the movement retaliated by firing shells.

Published on: Aug 6, 2022, at 08:47
On Saturday, the Israeli army continued its offensive on the Palestinians in the besieged Gaza Strip, for the second day, by firing more missiles and shells into several areas of the coastal region, killing one Palestinian and wounding many others, including three who suffered serious wounds.

The slain Palestinian has been identified as Tamim Ghassan Hijazi, 24, from the az-Zanna area in Khan Younis, in the southern part of the Gaza Strip.

Media sources said the army fired missiles into several buildings in Gaza city, Khan Younis, in the southern part of the coastal region, and many areas in the central and northern parts of the Gaza Strip.

They added that the fresh wave of bombings led to the death of one Palestinian, in addition to many injuries, including three Palestinians who suffered life-threatening wounds in Khaan Younis, in the southern part of the Gaza Strip, and caused serious damage to many homes, buildings, and structures.

The number of wounded Palestinians is now at least 83, including some who suffered life-threatening wounds. The Israeli army said it was preparing for a week-long offensive targeting Islamic Jihad fighters and leaders.

It stated that Palestinian fighters fired many shells into Israeli areas close to the border with the Gaza Strip, adding that the Iron Dome missile interception system managed to intercept 95% of the shells fired from the coastal region.