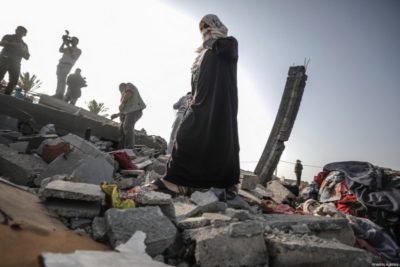 The Israeli army today issued demolition orders against four Palestinian residential structures in Masafer Yatta in the south of the occupied West Bank, according to Fouad al-Amoor, a local activist.

Al-Amoor told the Palestinian news agency WAFA that Israeli forces raided Masafer Yatta and delivered the demolition notices to the four residents under the pretext that their homes were built without Israeli permits.

Masafer Yatta is classified as Area C, which is under full Israeli military control. Area C makes up around 60 percent of the area of the occupied West Bank, which Israeli officials, including Binyamin Netanyahu, say they will annex after expelling the Palestinian population.

The Trump-Kushner plan introduced two weeks ago codifies this expulsion of the Palestinian population and the transfer of their land to the Israeli government. Trump announced this as a ‘peace’ plan, but Palestinian leaders note that it is a plan for land theft and expulsion, and thus would lead to the opposite of peace.