Israel Plans The Annexation of Palestinian Lands Near Nablus 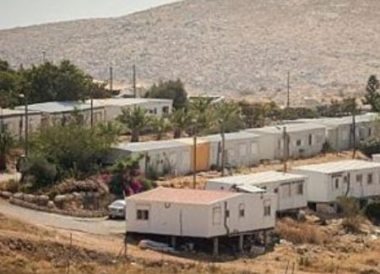 The Colonization & Wall Resistance Commission has reported, Tuesday, that Israel is preparing a plan for the illegal annexation of Palestinian lands in the Naqoura village, north of the northern West Bank city of Nablus, to expand a colony.

Ghassan Daghlas, a Palestinian Authority official who monitors Israel’s colonialist activities in northern West Bank, said the Israeli plan would lead to the annexation of more lands, not only for the new illegal constructions, but also infrastructure and “security zones”, off-limits to the Palestinians.

Daghlas also stated that Israel is expanding its structural plans for colonies around Nablus, similar to the plans that annexed more Palestinian lands near Yitzhar and Bracha illegal colony, south of the city.