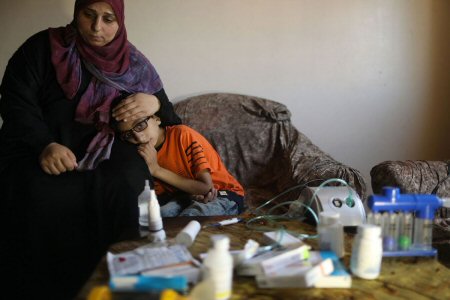 The Israeli occupation government decided, on Monday, to prevent most of Gaza’s residents from leaving the besieged enclave for treatment.

The decision came in response to the Israeli High Court’s petition submitted by the family of the Israeli soldier Hadar Goldin, who was captured as a prisoner of war during Israel’s ground invasion of Gaza in 2014.

Principally, Israel prevents hundreds of Gazans, including Hamas members from entering Israel for any reasons. It has allowed only few cases for their relatives who were in critical condition.

Ynet News reported, according to Days of Palestine, that the Israeli Coordinator of Government Activities in the Occupied Territories has been tasked with implementing the new ban, based on information provided by Israeli security services.

Goldin’s family welcomed the ban, expressing hope that this would contribute to the return of Israeli soldiers missing in Gaza.

The Israeli decision, according to the Israeli newspaper, is aimed against Hamas members and their relatives.

Hamas won over 70 per cent of the Palestinian votes, in the last free elections. Thus, if not all Palestinians in Gaza, most are included in the ban.