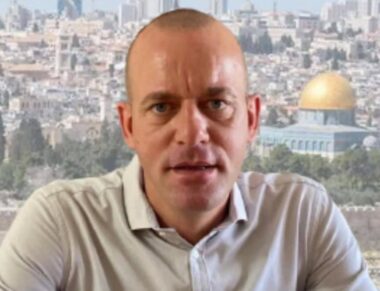 The Israeli government, its “Justice Ministry” and “Interior Ministry” have approved the revocation of the Jerusalem residency and ID card of a native Jerusalemite Palestinian lawyer, who is also a French citizen and a former political prisoner.

Amjad Abu Assab, the head of the Jerusalem Detainees’ Committee, said that the “Legal Advisor” of Israel’s “Justice Ministry,” has approved the revocation of the ID card of Salah al-Hammouri.

He denounced the decision and said is yet another Israeli attempt to force the Palestinians out of their city.

Abu Assab added that, in late July of this year, 2021, the Israeli Interior Minister, Ayelet Shaked, said that she supports and approved of a decision that would revoke al-Hammouri’s ID card and residency and that she was only awaiting the approval of the Justice Ministry.

It is worth mentioning that al-Hammouri is a former political prisoner who was held by Israel for more many years during several arrests starting in the year 2001 when he was imprisoned for five months, and additional four months in the year 2004, under the illegal Administrative Detention orders, without charges or trial, and was abducted again in 2005 and was imprisoned for seven years.

He was abducted again in the year 2017 and was imprisoned for 13 months, and upon his release, he received an order barring him from entering the West Bank for two years.

Several years ago, Israel detained al-Hammouri’s seven month pregnant French wife, for three days, after she landed at the airport in Tel Aviv and deported her back to France.

Salah was also frequently denied access to the West Bank, and was denied the right to travel out of Palestine to meet with his wife and son, under the allegation that he “poses a threat to Israel’s national security.”

Even though Salah is also a French citizen, not only he is unable to travel to France but has also been denied family reunification with his wife and child.