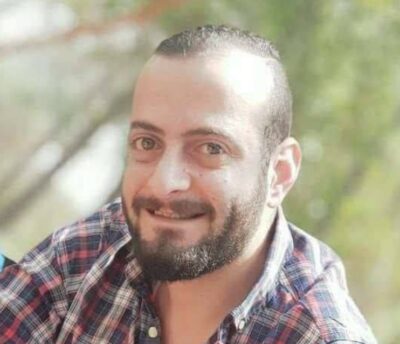 On Wednesday, Israeli soldiers killed a Palestinian worker while crossing the Annexation Wall heading to his work, west of Jenin, in the northern part of the occupied West Bank.

Mahmoud Saadi, the head of the Emergency Department at the Palestinian Red Crescent Society (PRCS) in Jenin, said the soldiers shot Ra’fat with several live rounds.

The Palestinian, a construction worker, was trying to enter occupied Jerusalem to work through a breach in a section of the illegal Annexation Wall when the soldiers fired a barrage of live rounds at him and several other workers who managed to escape unharmed.

After shooting the Palestinian man, the soldiers took him to the Salem military base and later allowed his transfer to PRCS medics before he was rushed to the Ar-Razi Hospital in Jenin, where he was officially pronounced dead.

His uncle said that Ra’fat was a married father of one girl, had no political affiliation, and was only trying to work to provide for his family.

Thousands of Palestinians marched in Jenin, Jenin refugee camp, Sanur, and several other areas in Jenin, condemning the cold-blooded murder of the Palestinian worker and the seriously escalating Israeli violations.

Processions were also held in front of Khalil Suleiman governmental hospital in Jenin before the Palestinians marched in the city and the Jenin refugee camp, denouncing Ra’fat’s execution-style killing while all he wanted was to work to provide for his family.