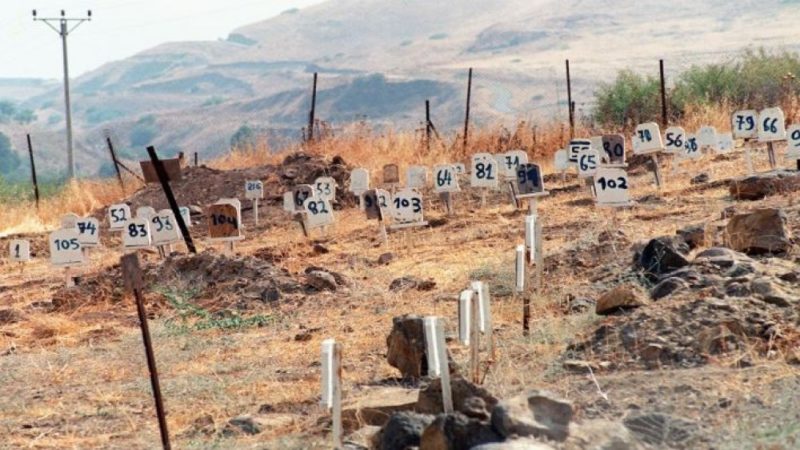 Israeli occupation authorities are holding the bodies of 253 Palestiniansô  in the “numbers” cemetery and 45 bodies in refrigerators, the National Campaign reported, according to Al Ray Palestinian Media Agency.

The coordinator of the campaign, Salwa Hammad, said in a statement, Monday, that the official and popular efforts are ongoing until the return of the bodies, notingô  efforts to raise awareness of their cause, internationally.

They announced the 27thô of August as the national day of commemoration, and have organized many popular activities to celebrate this day, calling for their return.

Occupation authorities are still holding some 253 bodies in private graves, in what is called the “Numbers Cemetery”. The occupation had buried 4 of the bodies in these graves, after keeping them in refrigerators.

Authorities have been holding Palestinian bodies for many years, using them as a means of returning their captures soldiers from Gaza.

The Knesset approved, in February of 2018, a law which attempts to justify this act, with the primary reading; 57 members in favor, 11 against,11 abstentions.

The law gave Israeli occupation police the right to hold the bodies and impose conditions on funeral ceremonies, as well as the location and manner of any burial.

Under the draft law, Israeli police are not required to return any bodies unless they are given some form of assurance that the funeral will not present a chance to support “terrorism and incitement”.

The numbers cemetery is a closed military site. The tombstones are marked with numbered plates instead of names. Access to them is prohibited, for relatives and human rights institutions.