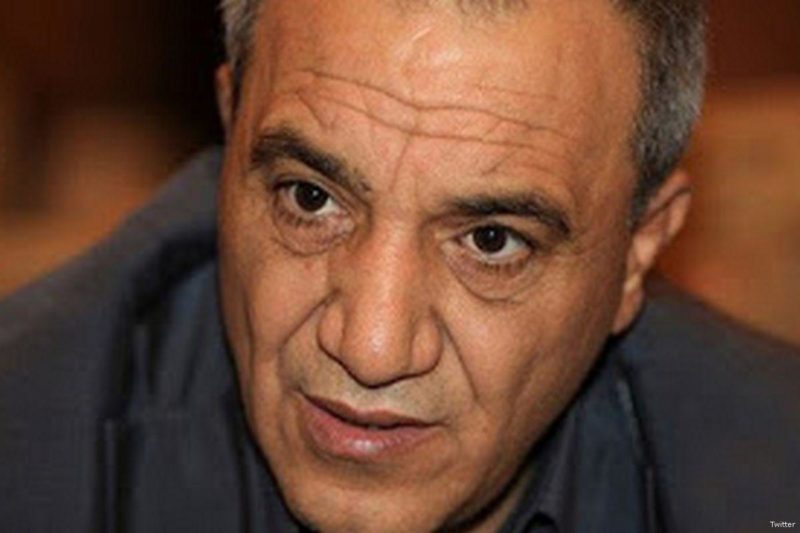 Despite the American-Palestinian estrangement since December 2017, leading to the imposition of American sanctions on the PA, this did not stop the two parties from holding meetings both in secret and in public. This contradiction raises several question marks regarding the seriousness of this estrangement.

In early July, Saeb Erekat, secretary-general of the PLO Executive Committee, met with US Congressmen Lindsey Graham and Chris Van Hollen in Ramallah. The three men discussed renewing US financial support to the Palestinian security services, which has been suspended since early 2019.

Van Hollen and Graham spoke positively about the PA’s role in maintaining security. They also made the case that it would “counterproductive for the US government to cut AID funding for Palestinian schools and hospitals, that only strengthens Hamas and sends the signal that we don’t have a working relationship with the PA.”

While PA President Mahmoud Abbas denied having political contact with the US administration in late June, he has confirmed that the PA continues its security coordination with the US to “fight terrorism”.

In May, the American administration agreed to give the PA 10 armoured vehicles.

In June, Head of General Intelligence Service (GIS), Major General Majed Faraj, reiterated his complete commitment to fighting terrorism, extremism, and violence. He also said he would cooperate with all of the regional and international parties at 10th International Meeting of High Representatives for Security Issues, held in Ufa, Russia.

One finds it difficult to understand the continuation of Palestinian-American meetings of an intelligence-security nature given the political and diplomatic estrangement between them. This raises questions about the future of US-Palestinian security cooperation and the possibility that the American statements will be an introduction to the resumption of American financial support for the Palestinian security agency. One also would like to know the nature of the concessions the PA will make in return for the resumption of financial aid, as well as the forms of security cooperation between Ramallah and Washington.

President Abbas’s repeated statements regarding cooperation with the Americans have frequently focused on the need to fight terrorism. This highlights the fact that the PA is providing information to the US about armed groups and that the PA is playing a role in fighting against Daesh and Al-Qaeda.

The current Palestinian-American meetings seem to be similar to previous ones. A particularly infamous meeting took place in June 2018, between the head of the Palestinian GIS Majed Faraj with then CIA Director, Mike Pompeo.

The Palestinian sources that I met with agree that these meetings are held at a security level, but gave no further clarification. They also stated that the security meetings between the PA and American administration had continued despite the PA’s boycott of President Trump’s administration after the US recognised Jerusalem as the capital of Israel on December 2017 and moved its embassy to the city in May 2018.

The discussions of these Palestinian-American meetings are preoccupied with security issues with a regional dimension and implications related to the region in general, beyond the Palestinian-Israeli negotiations. They also discuss the clear American desire to ensure political and security stability in the Palestinian territories following the end of the Abbas era, for whatever reason.

It can be said with much confidence that Majed Faraj is one of the Palestinian leaders closest to Abbas. His meetings with his American counterparts are a continuation of past meetings, as Palestinian security officials have strong relations with the Americans. Washington and Tel Aviv view the developments in the Palestinian arena from a national security point of view.

Of course, these Palestinian-American meetings may discuss the desire of Majed Faraj to nominate himself as Abbas’s successor. Faraj’s comments that are close to those of Washington and his visits may be an attempt on his part to convince them to support him. American backing would be critical for Faraj, particularly since he was not chosen as a member of the PLO executive committee or as a member of the Fatah central committee. These are important positions for anyone nominated as Abbas’s successor.

Faraj is seen by many Palestinians as a collaborator with Israel. This is mainly as a result of his announcement in 2016 that his security forces foiled 200 armed attacks against Israel and that it is working side by side with Israel and the United States.

At the same time, Palestinian intelligence is succeeding in tracking armed groups around the world because of its possession of individuals and informants in areas where such armed groups are deployed, such as Syria and Libya.

Palestinians in the Gaza Strip and the West Bank also exchange information regarding the Palestinian security operatives working with the CIA in countries with large Palestinian. This is especially true in hot spot areas with tense security situations, which pose a nuisance to the United States and Israel, such as Syria.

US and Libyan sources have confirmed that the Palestinian GIS and its director, Faraj, were honoured by the white house for providing of valuable information to the CIA, which helped identify the movements of Al-Qaeda leader Abu Anas al-Libi and facilitated his abduction in 2013. In Syria in 2015, the Palestinian GIS contributed to the release of two Swedish hostages held by armed groups since 2013.

Hamas has condemned the security roles played by the GIS, especially its cooperation with the CIA to prosecute some of the wanted, in a manner affecting the Palestinian cause. Hamas has hundreds of documents confirming that the Palestinian intelligence has spied on Arab and Muslim countries, as well as allies, for the benefit of Israel and the US.

The continued US-Palestinian security meetings despite the political estrangement give credence to those saying that the Palestinian Authority may be one of the arms of US policy in the region. There is high-level security coordination between them, and talk of a political estrangement between Washington and Ramallah is untrue, as their communication is ongoing. The PA cannot sever its relations with the United States; otherwise, it would be like cutting off its arteries.

Such Palestinian-American meetings provide a number of important indications, particularly American keenness to maintain a relationship with the PA, despite the American claims and accusations against it. Another sign is the PA’s refusal to cease security coordination with Israel and the United States.

These Palestinian-American security meetings may give the impression that – despite the ongoing strain – the status quo may return in the long term.

(Majed Faraj  is the head of the Political Science Department at the University of the Ummah in Gaza.)