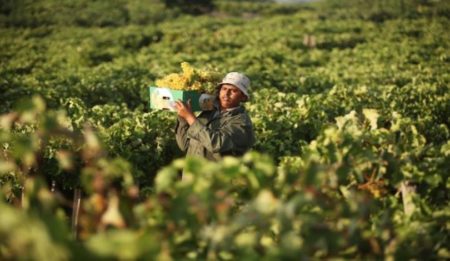 The Israeli government has threatened the Palestinian Authority (PA) with serious consequences, in the case it continues boycotting the import of cattle and other livestock from Israel.

The Coordinator of Government Activities in the Territories, Major General Camille Abu Roken, Saturday, stated that, if Palestinian authority does not stop the boycott, it will suffer serious consequences.

He said that Israel is to stop importing Palestinian agriculture products if it persists its boycotting policy. “Israel will not allow any boycott of any kind of Israeli products,” he said, commenting on the unilateral decision of the Palestinian Authority.

He added that, after considering several approaches to resolve the issue, they warned the Palestinians that not returning things to the former will result in not allowing the entry of a significant amount of Palestinian agricultural products to Israel.

The spokesperson for PA, Ibraheem Melhem, in a statement, rejected the Israeli threats, considering it a continuation of the policy of annexation, settlement and Judaization held by the Israeli leaders.

The government, according to the statement, “upholds the right to diversify the sources of import, as stipulated in the Paris Economic Agreement, and it will continue to seek to replace Israeli goods with Arab products.”

Melhem pointed out that the Palestinian move came within the framework of the strategic vision of the gradual disengagement from the occupation.

Last September, the Palestinian government announced a complete and definitive halt to the import of a number of goods from Israel. It attributed the decision to its policy of economic disengagement from the “occupation economy.”