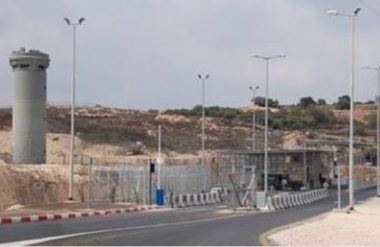 Local sources reported that Israeli troops, stationed outside of the Beit Iksa town, northwest of the internationally-recognized occupied East Jerusalem, prevented local Palestinian citizens from going into or out of the town.

Mayor of Beit Iksa, Sa’ada al-Khatib, was quoted as saying “Israeli occupation authorities have begun tightening measures in the Beit Iksa town, since the beginning of the holy month of Ramadan, thus increasing hardships, faced by the town’s residents”.

The mayor demanded concerned Israeli authorities to ease those measures, including allowing the flow of commercial goods into the town’s market during the holy month of Ramadan, where the movement of people increases for food supply purposes.

Al-Khatib also noted that the Beit Iksa town only has one main entrance and that restricting movement causes widespread frustration among it’s residents.

He asserted that Israeli troops have taken over majority of Beit Iksa’s farm lands and that the 2000 residents of the town have been already confined into the town’s boundaries, as Israeli authorities continue to prevent them from erecting new homes or other civil facilities.

The village is surrounded on all sides by the Israeli Apartheid Wall, with access through only one Israeli checkpoint.