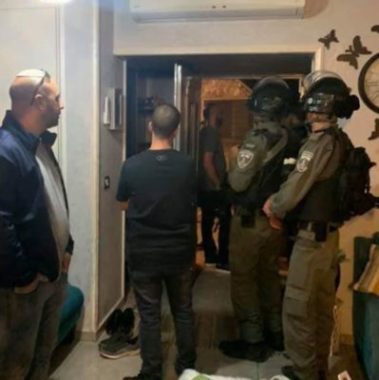 Local media sources reported that Israeli troops broke into the home of Mofeed Khdoor from the Silwan neighborhood, south of the Al-Aqsa Mosque.

The sources added that the troops vandalized the home of Khdoor in the Beer Ayoub part of Silwan, before they abducted Mofeed’s son, Mohammad, 23 and took him to a nearby interrogation center.

Earlier in the day, Israeli troops in occupied East Jerusalem invaded the Silwan neighborhood and invaded several other homes, before they vandalized the home of Mofeed Khodoor.

Such practices have been intensified recently, as Israeli authorities have intensified their stranglehold over the Palestinian population in the West Bank.