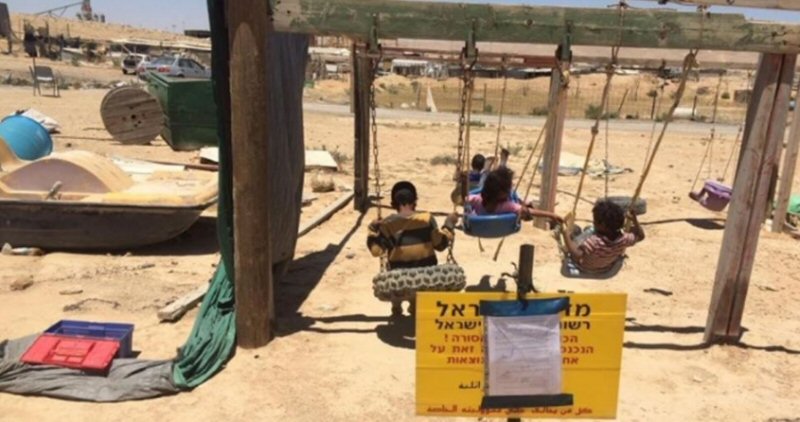 Israeli authorities have issued a demolition order against a crude playground, used by local children in the Bedouin village of al-Rakhma, in the Negev.

The village is one of the Palestinian Bedouin communities in the Negev that are not recognized by Israel.

Lawyer Talab Abu Arar denounced the Israeli decision to demolish the playground as persistence in the violation human rights and the rights of children.

Abu Arar, a former Knesset member, pointed out that the Israeli authorities reneged on a pledge to build a school in the village.

“The village of Rakhma is targeted by the extremist pro-setter Regavim society and the Bedouin areas development authority,” he said.

“Minister Ariel also denied the intention to recognize the village, although the district planning and building committee agreed to recognize it,”  the former MK added.

“There is no doubt that the Negev people are living in a very dangerous stage, especially in light of the presence of an extremist right-wing government that has many displacement plans,” he said.