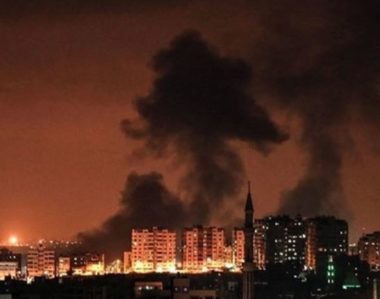 The Israeli Airforce fired, on Monday morning, several missiles at a few areas in the besieged Gaza Strip, causing damage.

Media sources in Gaza said the Air Force fired at least two missiles into a site, located northwest of Beit Lahia, in the northern part of the Gaza Strip.

They added that the missiles caused damage to the targeted site, in addition to several surrounding homes.

At least one missile was also fired into an area in Khan Younis, in the southern part of the coastal region, causing damage.

The Israeli army said it fired the missiles into Gaza in what it called retaliation to one homemade shell, which struck an open area near Asqalan (Ashkelon), causing no damage or injuries.

The army added that it holds Hamas movement in Gaza fully responsible for any escalation in the region.