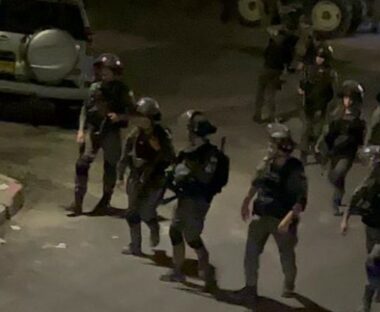 On Wednesday dawn, Israeli soldiers abducted two former political prisoners and one child from Jerusalem and Ramallah governorates in the occupied West Bank.

Also at dawn, the soldiers abducted three children and a young man from their homes in the Bethlehem governorate, south of the occupied capital Jerusalem, on the West Bank. The soldiers also confiscated a car near Nablus.