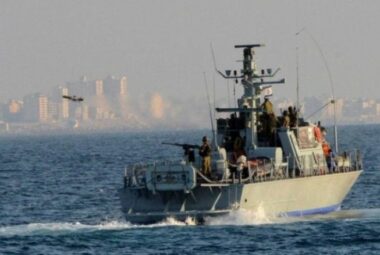 Earlier Wednesday, Israeli soldiers fired many live rounds at Palestinian fishing boats and farmers in the central and the northern part of the besieged coastal region.

In a phone call with WAFA News Agency, one of the fishermen said many Israeli navy ships attacked Palestinian fishing boats near the shore in northern Gaza and fired live rounds at them, forcing them to return to the shore.

Also, Israeli soldiers fired many live rounds and high-velocity gas bombs into Palestinian farmlands near the perimeter fence in the coastal region’s central and northern parts.

Media sources said the soldiers fired live rounds and gas bombs into the Palestinian lands, east of Deir Al-Balah in central Gaza and east of Beit Lahia in northern Gaza.

On Monday morning, Israeli soldiers fired many live rounds at Palestinian farmers and their lands east of Khan Younis, in the southern part of the Gaza Strip.