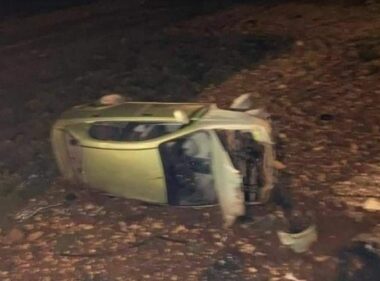 Palestinian medical sources have reported that four young men were injured, on Sunday at dawn, after an Israeli army jeep chased and rammed their car near the central West Bank city of Ramallah.

Eyewitnesses said the army chased the Palestinian car at the entrance of Yabrud village, northeast of Ramallah, before the soldiers rammed the vehicle with their jeep, pushing it into a field at the side of the road.

They added that four young men, who were in the car, were injured after the army jeep rammed it, and were moved to a hospital in Ramallah for treatment.

It remains unclear why the soldiers chased the Palestinian car, especially since they did not arrest the young men after ramming their car.