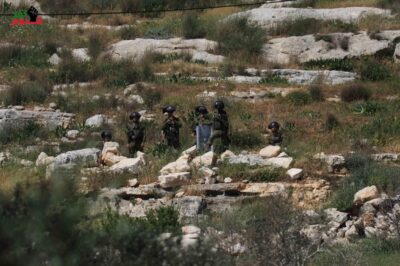 Morad Eshteiwi, the media spokesperson of the Popular Committee in Kufur Qaddoum, said the Palestinians marched from the center of the town, carrying Palestinian flags, and chanting against the seriously escalating Israeli violations.

The army shot three young men with rubber-coated steel bullets and caused dozens of residents to suffer the effects of tear gas inhalation. Eshteiwi said today’s procession came to condemn the escalating Israeli violations in Al-Aqsa Mosque, in occupied Jerusalem, and the worshipers in the holy sites, and serious escalation against the Palestinians.

He added that the Palestinians continue their resistance and struggle until liberation and independence despite the ongoing Israeli escalation and crimes across occupied Palestine.